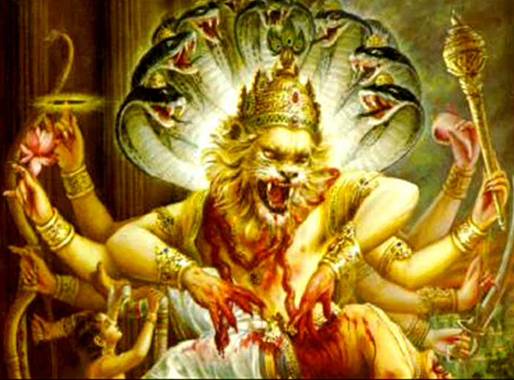 The Lion's Roar!,  as Lama Martial Art of the Tibetan Nation and People, has deep roots in Tibetan culture, and further back in time, in the blood, soil, and spirit of India; and perhaps also in Persia, and even within Classical Greece.

The symbol of the Lion and its Roar! is heard in many religions and cultures, but it has a defining, central place in Hinduism and Buddhism.  The core Hindu scriptures and all Buddhist Yana's (Vehicles) teach this.  A Martial Art that carries the Lion's Roar! name is meant to embody the very essence of the Vedic/Upanishad and Buddhist teachings.

The martial arts of Greece, Persia and India, together with their religious and cultural traditions, blended over a nine-hundred year period (330 BCE -600 CE) to produce an extraordinary flowering of the human soul.  Persia, Bactria (Afghanistan), Northern and Western India and Central Asia, witnessed a syncretism of Hellenism (Greek Culture) with that of Indian (Hindu and Buddhist) and Persian (Zoroastrianism and Manichean-ism) with the Shamanism of the Central Asian Steppes.  This affected art, religion, politics and of course martial arts.

It was during this period that the Mahayana (Great Vehicle) developed within Buddhism, directly influenced by Hellenism (specifically Indo-Greek Hellenism) including the Bodhisattva Ideal, and the openness of the Buddhist Path to all ways of life.  Mahayana was influenced by many streams of human culture, including of course Greek Hellenism: Greco-Buddhism and Greco-Buddhist Art and soon became the dominant 'Northern' School of Buddhism, spreading (in many sub-forms) into China and eventually, Tibet and Japan.

"Indra's Fist" 因陀羅拳 or 印度西藏金剛合家獅子吼 is the direct lineage ancestor to the Chinese Lion's Roar!: 中獅子吼拳 Lama martial art, itself an immediate predecessor to the UK Simhanada Vajramukti Art: 英國:印度西藏金剛合家獅子吼.

Tibet has had a long history of contact with China. The relationship has always been dynamic and fluid. Sharing a long common border, populations have mixed and exchanged for centuries.  Chinese martial arts systems are ancient, and not limited to Shaolin or its derivatives. They will have met with, exchanged between, and developed, with ancient Tibetan combative styles, long before The Lion's Roar! system itself was formulated in Circa 1426 CE.

Subsequent to its creation, the Lion's Roar! Lama Martial Art itself traveled - migrated into China, taking a circuitous route  lasting some 400 years, from the West of China, to the North, Mongolia and Manchuria and finally into Canton and Hong-Kong, before leaving the mainland and settling in the overseas Chinese communities of Europe and the United States.  By this time... the 'Tibetan' Lion's Roar! had undergone a major cultural revision and had in large part become Chinese.

Is It Chinese or Indo-Tibetan?

All lineages of the Indo-Tibetan Lion's Roar! Martial Art, known to the West have passed thru Chinese instruction, over a minimum of two generations before reaching Europe and the USA.  Before these (minimal) two-Han generations, the art was still a Tibetan martial art, a Tantric Buddhist system, passed down thru the hands and the hearts of Tibetan Tantric Lama Masters, who had been patronized by both the Mongolian Yuan and Manchurian Ching dynasties.  Even so, it is very likely that Chinese Kung-Fu had already begun to influence the Tibetan Lama's Lion's Roar! just as the Arts' immediate precursors: Indian Kalari and Vajramukti had done so before.  Indeed, as 'Simhanada' Vajramukti, the Lion's Roar martial art goes back until at least the written Vedic scriptures of the Indo-Aryans, circa 1500 BCE. uk lineage

The extent of these influence varies between the different Chinese lineages that exist today: 'flagged' as either; Lama-Pai Kung-Fu, Hop-Gar Kung-Fu and 'Tibetan' Pak-Hok (White Crane) Kung-Fu. Even these three broad divisions are further sub-divided according to branch-lineage, so that now it makes sense to speak of 'Indo-Tibetan' Lion's Roar! Martial Arts to be as diverse a category as say Chinese 'Shaolin' is.

Indo-Tibetan 'Kung-Fu', once so very Indo-Himalayan in form and culture, has through Chinese influence, become a patriotic 'Han' martial art, supporting the memory of the deposed Ming dynasty against the 'foreign' Manchurian Ching, a dynasty that had supported the Lion's Roar! Tibetan Lama Martial Art, and even trained its Palace Guards and elite troops in it, in order to be able to defeat the Shaolin trained Ming 'Rebels'.

As well as Shaolin, Daoist influences are to be found in plentiful measure in many of today's extant Chinese lineages. Much that was 'original' Indo-Tibetan culture has been overwritten, re-interpreted or simply set aside.  There remains much however, of this original influence, and perhaps the most powerful aspects of this are to be found in the unique Kinetic-Martial Tantra of the Lion's Roar! Martial Arts. Again this is dependent upon lineage, but it remains the central core of the Lion's Roar! as an Indo-Tibetan Tantra-Yana in it's own right - Terma of Guru Rinpoche (see below).

So... is it Indo-Tibetan or Chinese?   That's really up to those who practice it...

Returning The Art To The Tibetan Nation, People And Culture.....

Since the Chinese Communist invasion and annexation of Tibet, Tibet has become an esoteric land, that exists wherever it's culture and specifically the Buddhist Tantric Dharma, are taught and practiced.

Those of us who wish to practice the Lion's Roar! as an Indo-Tibetan Tantric Martial Art, do so in honor of the Chinese lineage ancestors without whom we would have had no learning of the art, but, also in honor of the Founding and subsequent lineage Masters who were of Tibetan Tantric stock, and indeed of those Indian Buddhist, Hindu and even Persian and Greek Masters who have all contributed to the development of this magnificent Tantra.  Truly the Lion's Roar! of Indra's Diamond-Thunderbolt Hand:  'Simhanada Vajramukti !'

No one, no teaching, is excluded: all cultures, all Masters: Om Ah Hum Vajra Simhanada Sangha Hum.

Chan-Tat-Fu 陈达夫 of Hong-Kong who is an important figure in the lineage of the UK branch of Lion's Roar! says that Sing-Lung Lama, 升隆长老 who was the 'Patriarch' of Lion's Roar! from Tibet to China, emphaiszed the Tibetan core of the Art, and, according to Chan-Tat-Fu, referred its name to his original 4 Monk Disciples Da Zhi (Ta Chi) 大智,  Da Hui (Ta Hui) 大慧,  Da Yuan (Ta Yuan) 大圆 and Da Jue (Ta Chueh) 大觉 (i.e. those immediately before the lay disciples Wong-Yan-Lum and Wong-Lum-Hoi) as being called:

'Indo-Tibetan' 印度西藏 practice means in today's contemprary context a re-culturalization: the re-introduction of Tibetan and Sanskrit names and terminology, emphasis on the core Tantra 金剛伐折羅 and 西藏Hindu/Vedic/Buddhist Path.  A re-Indo-Tibetanized Lion's Roar! would (and does) look very different to Han Chinese practices.

This Indo-Tibetan Lion's Roar! Martial Tantra: 印度西藏金剛伐折羅 is in fact one of Guru Padmasambhava Rinpoche's 'Terma' (Hidden Treasures).  The teaching is 'written' into the physical structures, motions and changes that make up the Art itself - it is a living transmission of Dharma.To make this Terma known, and to bring it fully into the world is the aim and goal of this Simhanada Varjramukti Sangha....

The 'return' to Tibet, the place that both esoterically and exoterically gave fullest form to the Lion's Roar! is firstly a spiritual goal, and comes from the practice of the art as Tantra-Yana.  The return to the blood and soil of Tibet, will start with the Tibetan People themselves, and finally back to the "Land Of Snows".... it's mountains and Temples.