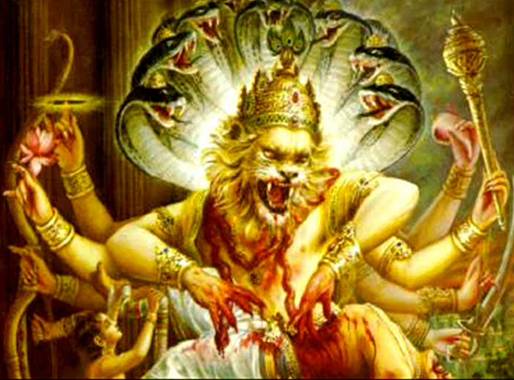 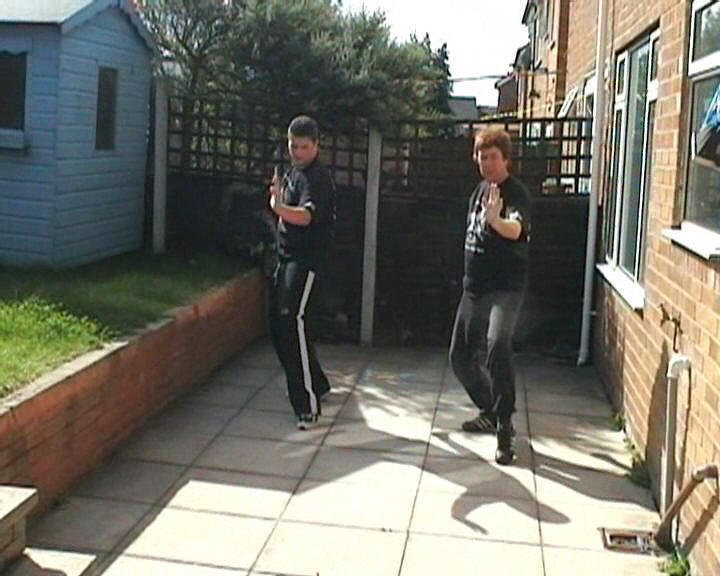 2:  360 degree Pow-Choi 'Cannon' Punch, launched from the rear 'un-sighted hand'.  The photo shows it approaching its impact point which is on the lateral apex of its arc path 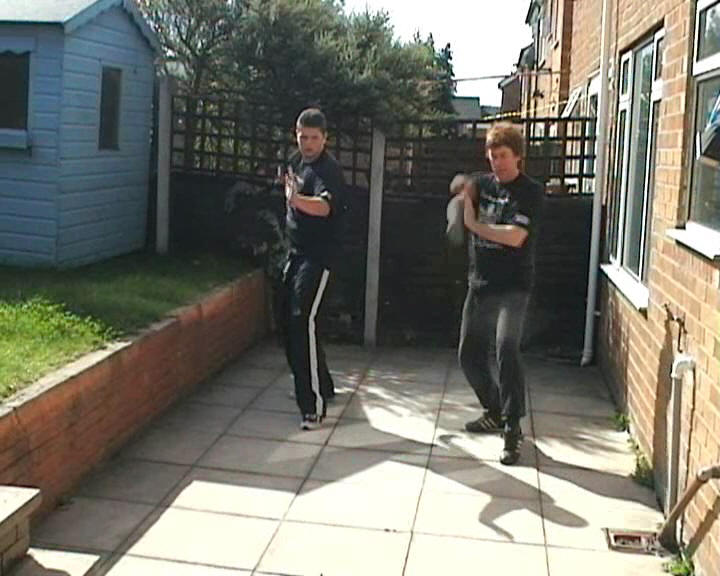 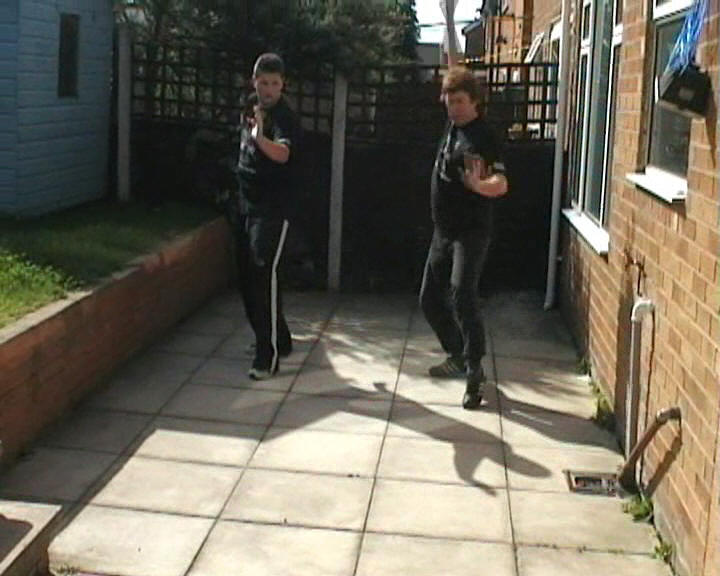 4: Here the 'return stroke' is utilized to initiate a jumping 'J' Punch, called this because of the path it takes in the air. The Chinese name is 'Tan-Choi' meaning the 'springing cut'.  Note in the photograph the synchrony between the returning Pow-Choi arc path, and the torque forces within the structure 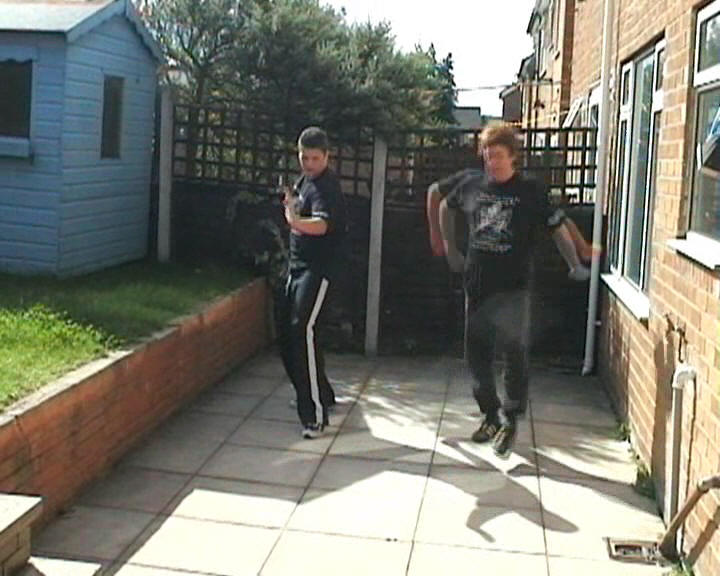 5: Note the torquing arc path with raised elbow, firing the twisting 'hook' off the apex of the curve 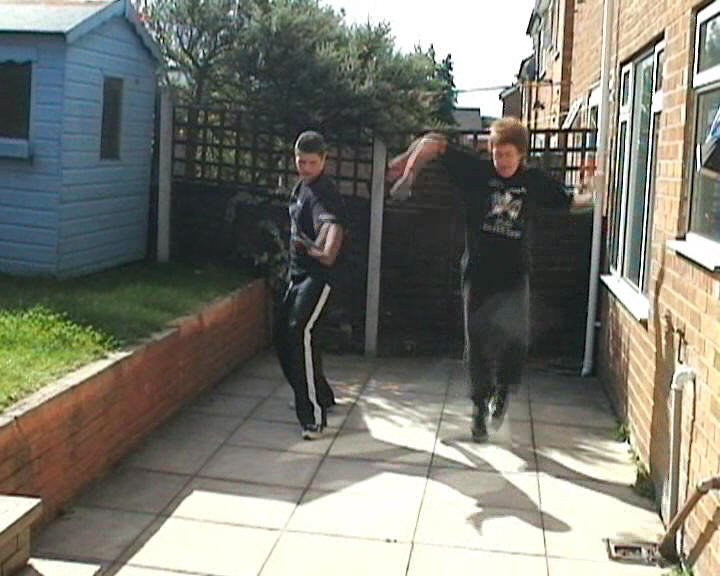 6: Showing moment of full extension, as the punching arc path rotates back, inwards and downwards still twisting as it does so.  Note the turning of the body in the air, imaged thru the blur on the left leg 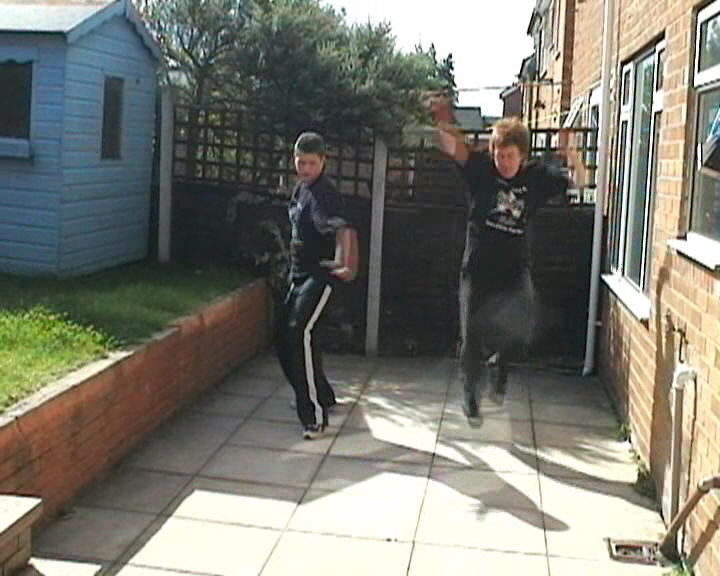 7: Here the body has compressed as the punch completes its initial path.  The body is also continuing its turn 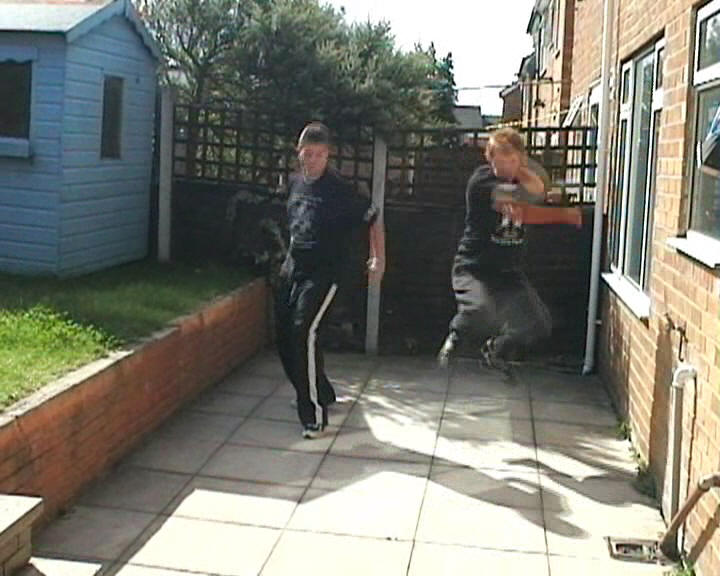 8: Note the landing position in a lateral horse stance.  The Stance is used this way to ram the opponents structure with full body weight dropped laterally thru their base. The J-Punch arc completes with a covering action 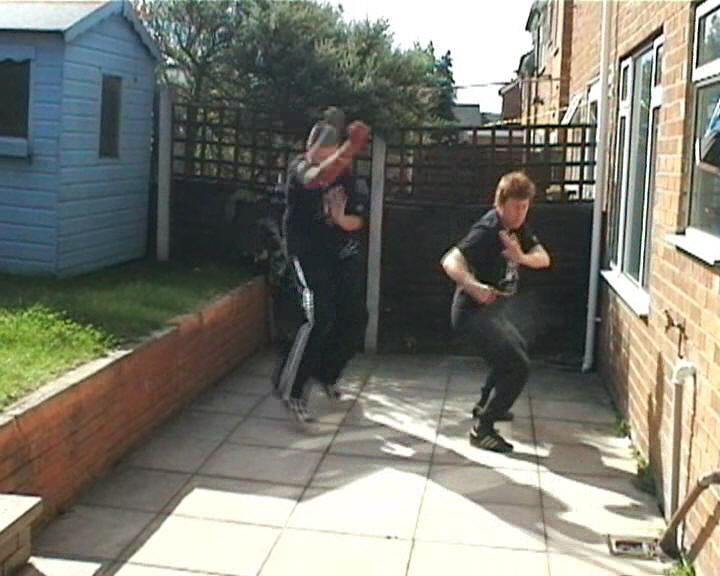 9: The Set continues with a high cover and step back.... 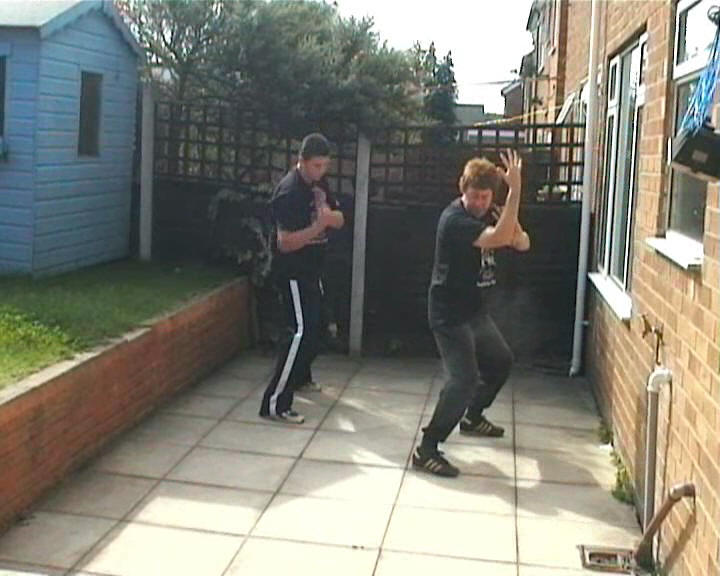 10:  Into a left Chune-Choi, which is 'passed thru' the line of the hip (not chambered) 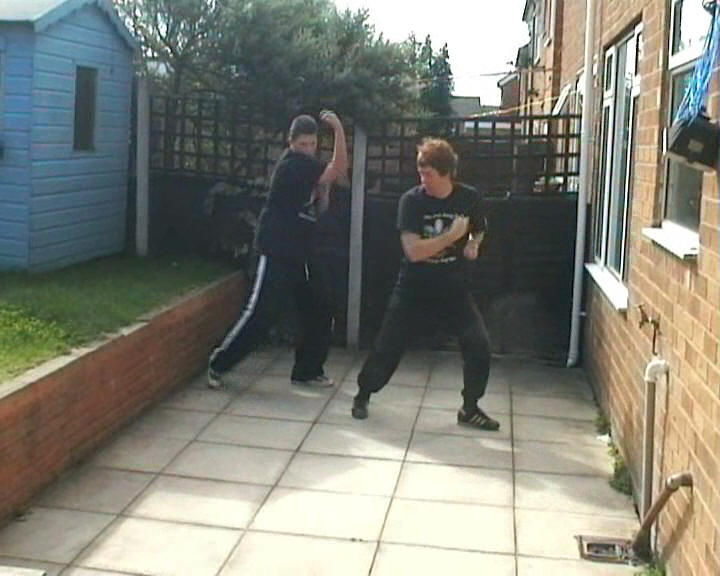 11: The Chune-Choi twists on the forearm only after the elbow has left the line of the hip.  The action being like an electric powered screwdriver, utilising rotational forces to shoot it off the apex of the body's turn.  there are also sinking forces too, which are not visible on the picture, as well as augmented action thru the waist, legs and feet 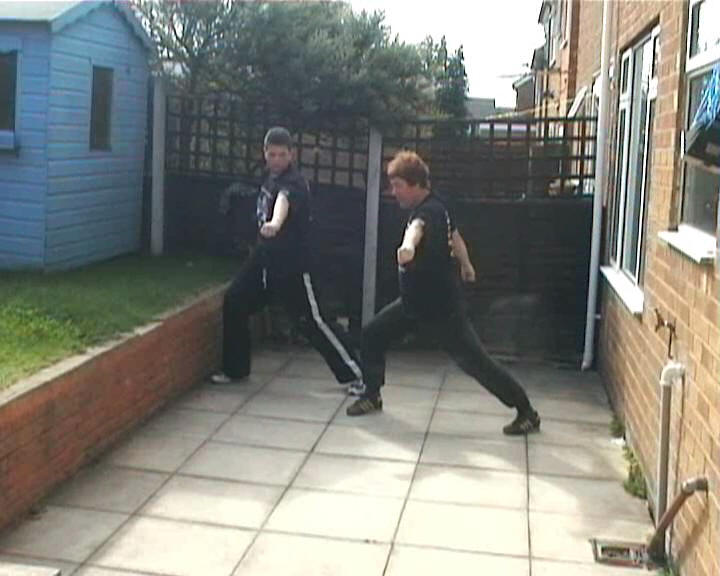 12: Showing a second Chune-Choi with the first punching fits converting into a scooping action.  The second punch also passes thru the hip (no chambering) 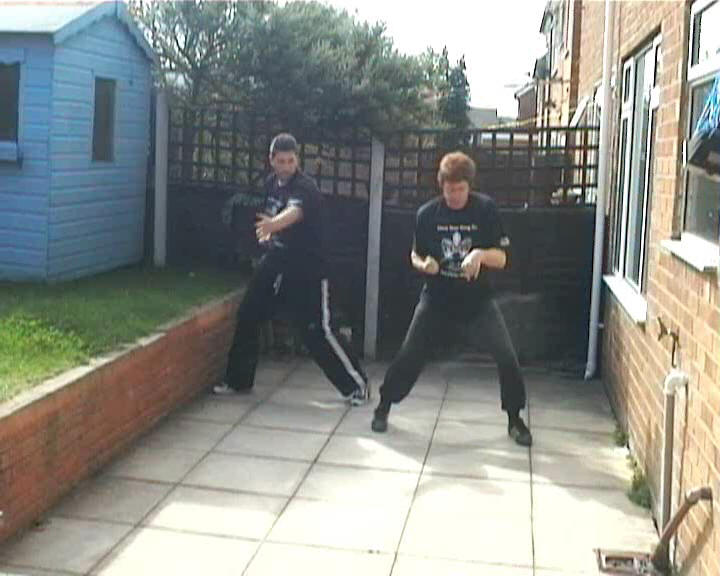 13: Here the alignment with the hip from the punching elbow is seen.  Note the slingshot effect off from the twisting stance.  The spine and waist are the primary drivers 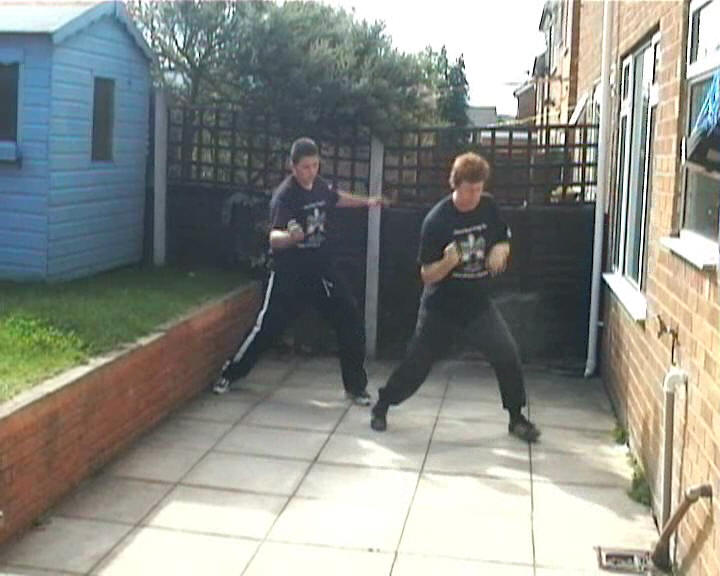 14: The elbow maintains the alignment to the hip after launching outside of the frame of the body.  This second Chune-Choi is a 'Vertical' fist (with Phoenix-eye) 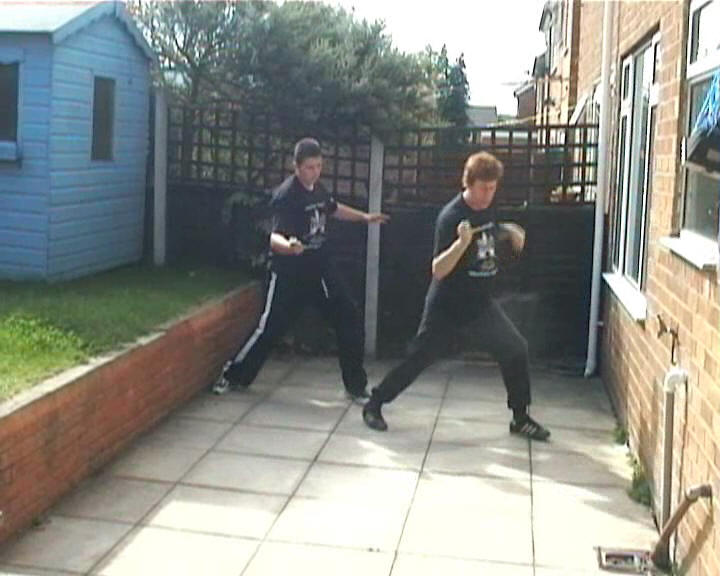 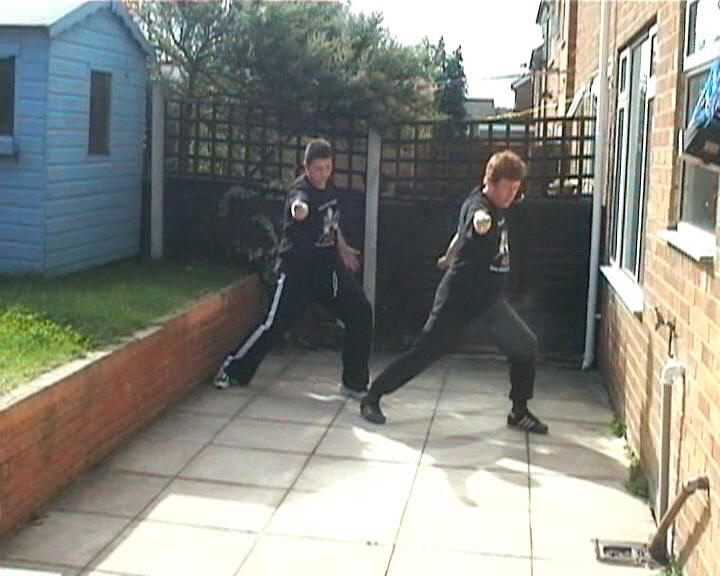 16: Scooping for a third Chune-Choi 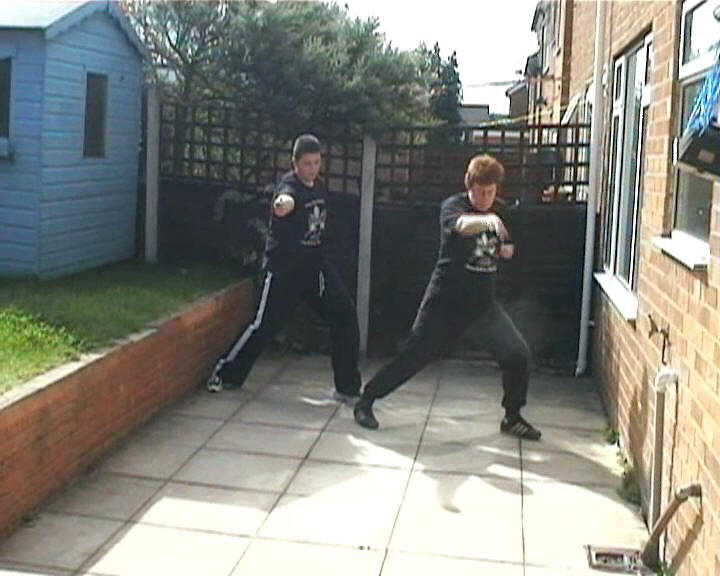 17: This Chune-Choi is a standard palmar-down varaiant (but with center extended knuckle) note that the palm does not rotate until the elbow passes the line of the hip 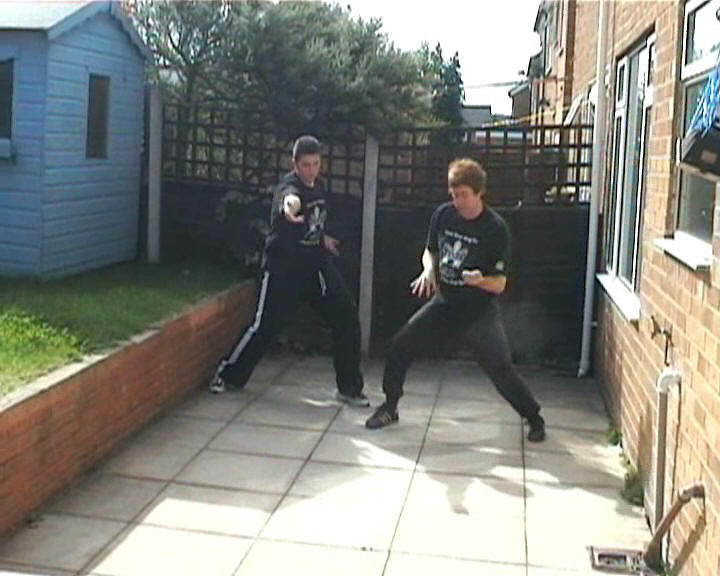 18: Completion of the third Chune-Choi 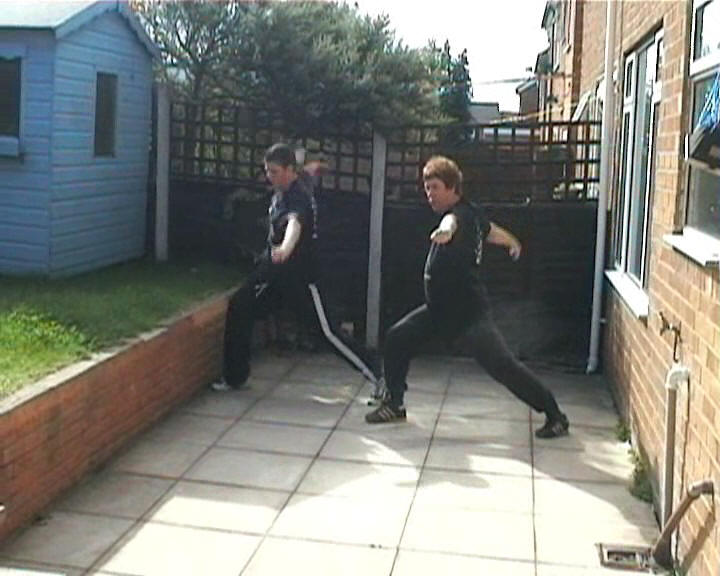 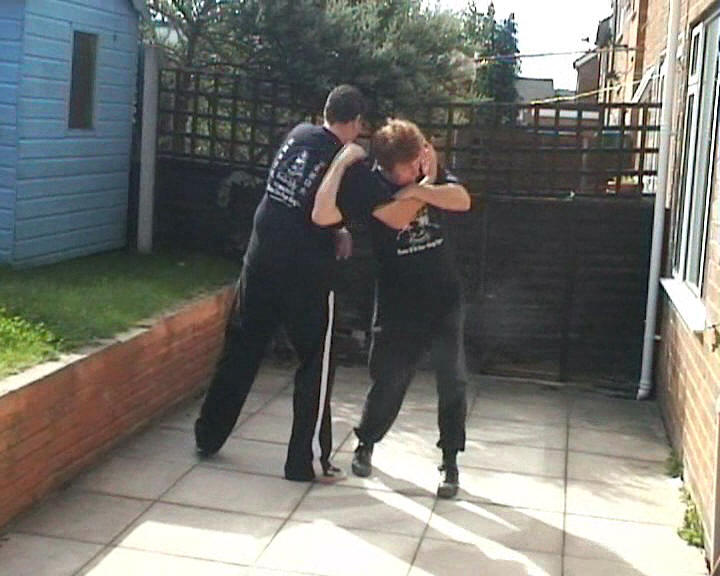 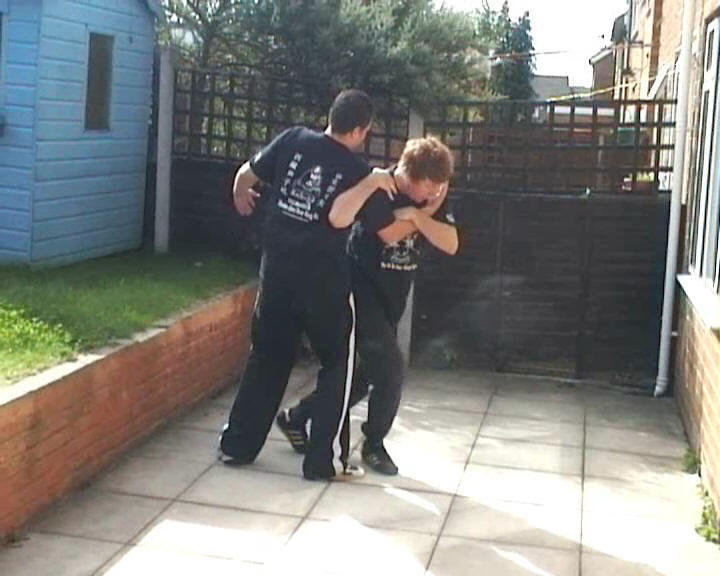 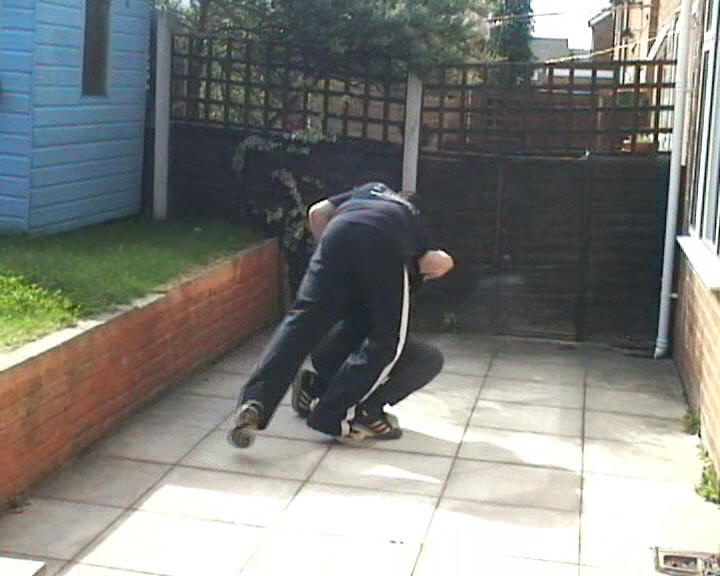 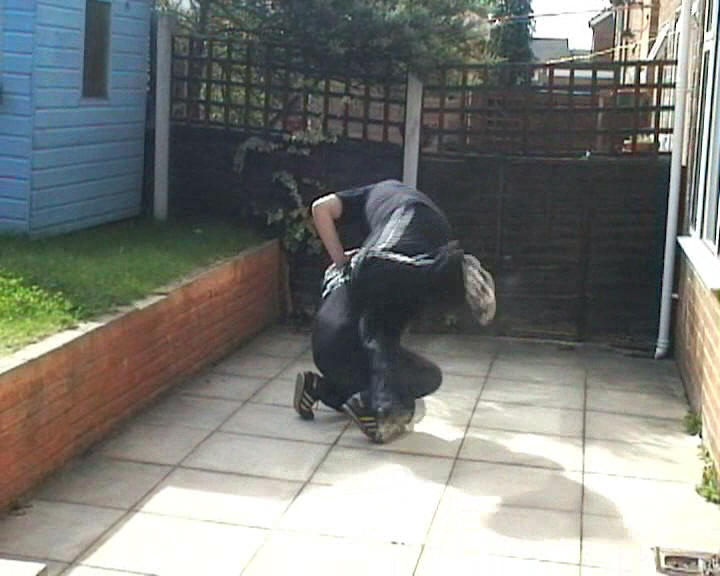 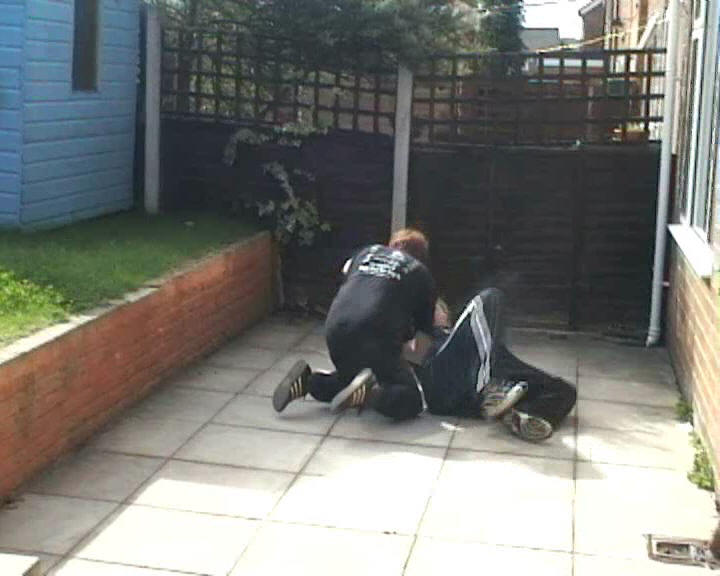 6: Elbow to throat prior to a 'roll over' 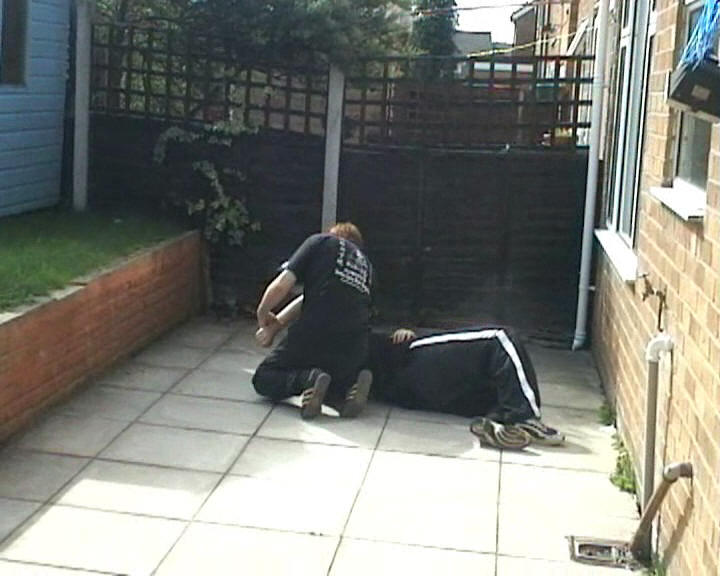