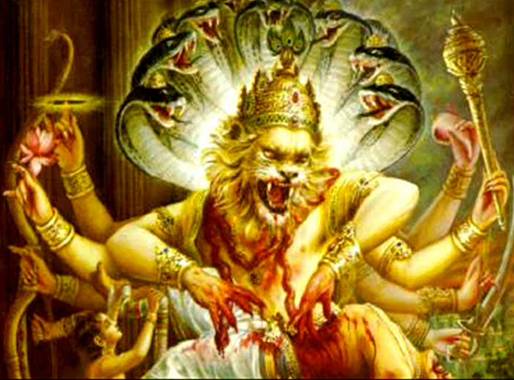 Precepts of the Lion's Roar!

The Precepts of The Tibetan Lion's Roar! Art:

All existence is filled with suffering

The cause of suffering is desire

Liberation from suffering is possible

The noble eight-fold path is the route to liberation

To take refuge,  is best done with the guidance of a Buddhist Monk, or a Sangha Martial arts Teacher. However, if such a person is not available, it is possible to 'Become A Buddhist' by Taking Refuge before an image of the Buddha. Place this image, which may be a statue, a picture or even a computer graphic such that when you kneel before it, it is at the level of your head or higher. Kneel before the image and put your palms together at your chest. Compose yourself, calm your mind and bow three times to the image such that your palms and forehead touches the floor. Then recite the following formula (Given in English and Pali, which is the ancient language of the scriptural texts).  You may wish to use the Pali but English or your own native language is also appropriate:

The Five Buddhist Lay Precepts: These Follow The 'Taking Refuge';

Again, the Five Precepts are taken by reciting in Pali (or English or your chosen Language) while in the kneeling position.

Buddhist scriptures, and those of the Lion's Roar! Lama Martial Art, and those further written parts of the Transmission of the Art as directed by the Teacher, including THIS WEBSITE

"May I attain Buddhahood for the benefit of all sentient beings.

All beings, without number, I vow to liberate
Endless blind passions I vow to uproot
Dharma gates beyond measure I vow to penetrate
The way of the Buddha I vow to attain"

Commitment to the Teacher:

Commitment to the Art:

Students, disciples and masters alike, are committed to the right study, practice and dissemination of the art and its precepts.

The SimhandaVajramushti Sangha practices in the unity of physical body, higher mind, and transcendent spirit, as one, immanent in the person of the martial artist. The transformation of instinct into spirit made manifest in physical form. External, internal and transcendent. There is no duality, simply the Lion's Roar! of the Buddha's Dharma with the goal of realization of Buddha Nature: Om Mane Padme Hum.

Commitment to the Sangha:

Students, disciples and masters, are in commitment to the brotherhood and community of the Sangha (Gen-Dun) to the lineage from Tibet and thru China, and, to those generations in posterity yet to enter the Sangha: Om Ah Hum Vajra Simhanada Sangha Hum

Just as a Guru requires certain qualifications, so should a disciple fulfill some criteria. A proper disciple should consider him/herself as a patient, the teacher as a doctor, the Dharma as medicine and one should take the medicine: practice the Lion's Roar Lama Martial Art!

As His Holiness the Dalai Lama says: "There is no substitute for hard work"

A proper student/disciple should avoid the so-called 3 faulty attitudes:

A proper student/disciple should fulfill the 3 requisites:

- lack of prejudice, being open-minded
- intelligence and a critical mind: not blindly following orders
- aspiration: wanting to practice and experience results (not just theoretical  study but empiricism, and gnosis)

Entry to this Lion's Roar! Martial Art, and Sangha, in any capacity, is to enter the Simhanada Vajramushti Mandala.

There are many paths that lead to entry. Each progression towards the Center is thru initiation

To become a Student (Exoteric Martial Arts) member of the Sangha, there is no absolute requirement  to 'Take Refuge', although some students will make this immediate commitment.  As a Student member, and, if a decision is made to Take Refuge, then only the first three of the Jewels need be committed to: Buddha, Dharma and Sangha.

Therefore, Student members of the Sangha may be entered by a Teacher according to their discretion even if they have not yet Taken Refuge in the First Three Jewels: Om Ah Hum Vajra Guru Siddhi Hum.

Taking Refuge In The Tantric Jewels:

To become a Disciple (Esoteric Martial Arts) member of the Sangha, the Refuge should be re-taken, and this time it is usual to add the further Tantric Jewel; the Guru (Teacher).  According to initiation stage, Disciples may Take Refuge additionally in the Lineage and Yiddam Deities, and in the Dharma Protectors. Disciples are inducted as appropriate to their level of achievement and progression: Om Ah Hum Vajra Simhanada Sangha Hum.

However, if the teacher accepts a Disciple who for their own reasons of conscience or other religious belief cannot take Refuge in either the Three Buddhist or later, the Three Tantric Jewels, then this too is at the discretion of the Teacher: Om Ah Hum Vajra Guru Siddhi Hum.

Teachers know that the journey is individual and that they have the responsibility to see into the heart of the Disciple: Om Mane Padme Hum.

There are many Initiations in the Art. Each Initiation leads deeper into the Simhanada Vajramushti Bija Mandala.